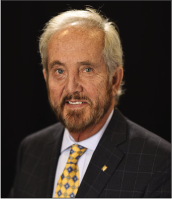 One of the highlights of being a dental professional is being able to choose to give back to humanity of your talent. In my own case, looking back at my life and career, I can now see how giving to people who desperately need it, who would likely not be able to receive much needed treatment any other way, who are grateful and often show their gratitude in touching ways, has enriched my life and career beyond what I ever imagined. On every adventure to go help, it has been an equalizing experience to have my priorities in life readjusted back to where they should be about what is more important in life and this short time we have on this earth.

Nestled between México and Guatemala, with the Caribbean Sea on its east coast, is the small Central American country of Belize, known as British Honduras when I was in grade school years ago, renamed in 1973. This northernmost country of Central America is the only officially English- speaking country, though it has many overlapping citizens from adjacent Spanish-speaking countries, with a result that most here speak both English and Spanish. In addition, other languages spoken are Creole (Kriol), Garifuna, and several Mayan languages (Mopán, Q’eqchi’, and Yucatec). It is a country of incredible natural beauty, with mint green seas and emerald green forests, and more kinds of birds, butterflies, flowers, and trees than in the entire U.S. and Canada, combined. The Belize Barrier Reef is the largest in the Western or Northern hemisphere, only second to the Great Barrier Reef in Australia. It was declared a World Heritage Site by the UNESCO in 1996. Belize is a part of the globally significant Mesoamerican Biological Corridor, which extends from México to Panamá. Although 60% of Belize is covered by forest, 20% is cultivated for agriculture and human settlements; for this reason, Belize has the lowest population density of the seven Central American countries. It has 460,000 population, with 80,000 of that in Belize City, and the capital city, Belmopan, being the second largest.

Belizeans are of multiracial descent, including Mestizo (53%), Creole (26%), Maya (11%), Garifuna (6%), East Indian (4%), Mennonites (3.6%), White (1.2%), and Asian (1%). Culturally, it is a beautiful mix of African, Hispanic, Mayan, Asian, European, and Caribbean. Something significant is that 70% of food is produced by the Mennonites (<4% of the population) on their organic farms, located in their rather isolated compounds. Half of the population is 18 or under, evidenced by kids having babies early in their teen years. The Belizean dollar is pegged to the U.S. dollar, at a rate of $2 Belize to $1 U.S.

Earlier in the year, I was made aware of the Belize Mission Project (www.belizemissionproject.com) and asked by a friend if I wanted to help. Since I had tried to get to Belize for years, I immediately accepted. The group has two teams, each a week long during consecutive weeks late October. They continue to expand services onto the mainland from our base in San Pedro on Ambergris Cay. The main clinic was held at “Lion’s Den,” provided by the San Pedro Lion’s Club. Here, we had the luxury of four dental laboratory technicians who processed our complete and partial dentures on site, rendering many very happy patients. Other teams flew out early each day to Belize City with ground transportation to various locations. Fluoride teams visited multiple schools to give oral hygiene instruction and apply fluoride varnish. Restorative teams with portable equipment set up in remote areas, including Ladyville, Corozal, and Dangriga.

Surrounding San Pedro are some poverty –stricken villages, San Mateo and San Pedrito. The “Rice and Beans” project was developed to assist the needy families with the hunger issue. During the work week, money donations were given by the team members (this week over $1700 was collected), and on Thursday, food was purchased and bagged as portions for distribution. The team drove the meals in a bag, out for distribution on Friday afternoon, finding very receptive people. We call it a little love in action, indicating we care and are interested in more than just oral health.

Beyond all of this, a special member of our team, Suzanne Stanish of Rochester, NY, planned way ahead for this trip, and decided to make 360 dresses for girls, to distribute to young girls all over this very economically challenged part of Belize. The smiles were very bright, as love was shared again in the form of gifts of dresses handed out to these beautiful appreciative girls, one by one.

Once again, as with every dental mission I have undertaken, though we came to give to these beautiful people who have very little, what we receive back in reward is more than we could give. I have found over the 46 years involvement in dental mission projects (starting as a senior at Loma Linda University), we always get back more in appreciation, gratitude, smiles, and affection, than we give. That is our reward for doing something extra. I frequently think about how this kind of service to others realigns priorities in a proper sequence: To be away from all the racial tension, politics, taking a knee, materialism, and busyness for a short time, gives one a new perspective about what is really important in life. As my dental classmate, David Brodeur, DDS, MPH, once told me years ago: “I believe we are on this earth to help each other.” I have never forgotten what he said, and it motivates me to do more.

Father Greg Boyle, founder of the gang member intervention non-profit organization, Homeboy Industries in Los Angeles, said: “Here is what we seek: A compassion that can stand in awe at what the poor have to carry, rather than stand in judgment at how they carry it.” When we can see with this kind of compassion through our own eyes, the world becomes a much better place.

I extend my personal thanks to our wonderful group of talented givers, many of whom are repeat participants. You have provided for me a camaraderie of excellence, and a blessing beyond description.