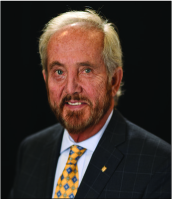 What?! It was disappointing to receive the email that our well-planned mission trip to Honduras had been put on hold. This cannot be true, I mumbled. I had been to four other countries in Central America to help with projects, but never to Honduras. Excitement had been running high, until the general protests started, following the bitterly contested elections in November. Widespread claims of election fraud in counting votes had prompted the outrage. Our contact people on the ground thought it better and safer to avoid the skirmishes between police and protesters in the streets, during which 30 were killed. Reluctantly, I accepted the decision of the group leaders, I would not see Honduras. Then, a few weeks later, it was reported calmed down and all clear. Wow! Really?! Would we be going? My enthusiasm returned to an even higher pitch as I went ahead in faith to purchase airline tickets and begin to plan instruments and packing. We always advise colleagues and support people to emphasize the art of being flexible, and this was my test.

The name, Honduras, means “depths” in Spanish, due to the very deep water outside the Bay of Trujillo, near where we worked. Honduran society is predominantly Mestizo (90%, European-American Indian mix) and has the world’s highest murder rate and high levels of sexual violence. Its nickname became “Banana Republic,” due to the development of very large numbers of bananas exported by the United Fruit Co. to the U.S. and other countries.

Independence from Spain was declared in 1821, and 2 years later, it left the First Mexican Empire, to eventually declare independence from the Federal Republic of Central America as the independent Republic of Honduras in 1838 and has been independent with regular elections since. The population of the country is just over 9 million (comparing it to Nicaragua’s 6 million and Mexico’s 127 million).

Our project included participants from several parts of the U.S. and México, flying to San Pedro Sula (second largest city after the capital, Tegucigalpa) and bussing 6 h to Trujillo, on the Caribbean coast, an area where Christopher Columbus came to shore on his fourth and final voyage (1502). Close by was our target poverty-stricken population at Guadalupe Carney.

This mission clinic took place just off the north coast of Honduras, 5 miles south of Trujillo, in the village of Guadalupe Carney. This is a land reform village that started in 2000 with 10,000 peasants marching into claim the land that the government had set aside for them to use. They came from all over Honduras looking for a better life for themselves and their children. Their main income is from cattle and from palm fruit that is processed into oil in large smoke-producing factories nearby.

There are about 5000 people in the village now, all of whom live below the poverty line. Education is mandatory in Honduras through 6th grade, but few can afford to send their children to school since everyone must pay to do that and buy books and uniforms, etc. Health care is free from the government….but everyone must pay to be seen…and then there are no supplies for treatments. It is a difficult situation for the patients who then must go find money to buy the drugs needed for their problem. Hence, most people go without health care of any kind except what a visiting team can provide.

Our group leaders, Diane and Dr. Scott Karper (DVM), actually moved to the village and lived there for 16 years, from 1999 to 2016: She taught the ladies ways to make a living, such as crafts to sell, and Doc Scott, being a veterinarian, taught the men how to take care of cattle and how to farm. Today, many have successful trades and their standard of living was greatly enhanced, though they still struggle to make ends meet. Dental and medical care is not in their budget anywhere! The devotion and dedication of this pair were very evident as they returned to their people with us, to hold a week of dental-medical-maternal clinics.

Our dental section actually used OB tables, on which patients could lie down, which worked quite nicely. Services offered were oral health education, hygiene, and mainly exodontia. We had the definite luxury of four dentists with assistants and pressure pot sterilizing crew, who kept up with us very well. We also had on our team three MD’s, a PharmD, PhD pharmacist, and two RN midwives. One thing we noticed right away the 1st day was how happy and cooperative most patients were even pediatric. There are always some exceptions, but most patients were not combative and very accepting of anesthesia and treatment.

We worked hard that week, 8-h days, seeing 248 dental cases and 728 medical patients. Every day when we arrived, there was a long line. Every time we went to lunch, there was a line when we returned. It was impossible to see everyone who needed help, but we feel a big dent was made in need of these impoverished people. Gratitude for our help was expressed in many ways, including wonderful lunches. We left with a feeling of reward and satisfaction at this opportunity to be of service.

I observed many happy people during this week, even though they had very little. Many people have dirt floors and no beds. I thought about friends in the U.S. who are unhappy because the color of the new car is not what they wanted, or they cannot afford the new watch or the custom wheels on their auto. I once again realized that happiness does not come from things, rather from inside. We can choose to be happy and it is independent of external circumstances or material things, rather our perception of life, our priorities, our relationship with others, and our God. Hondurans can have very little and be happy, while others have so much in material things and can be unhappy or even depressed. What a wonderful truth these beautiful people proved to me. And what a nice way to have my priorities readjusted to what is really important. It is somewhat difficult to put into words, but if you have had the experience of volunteering, you know what I am talking about.

Joan Baez said, “When we see someone in need, like it or not, it is like holding a mirror up to ourselves, because the basic needs of life – food, human warmth, medical care, freedom, love, and acceptance – are universal needs. Since those needs are not universally met, I believe we are meant, as a species, to serve each other, and to reach out to those isolated from us and society. And in that reaching out, in that service, we find that we ourselves are served.” I have verified this to be true in my own life as we serve those in need. Moreover, George Eliot (Mary Ann Evans) wrote, “What do we live for, if not to make life a little less difficult for each other.”

Volunteerism in dentistry is encouraged as it makes life a little less difficult for others when we relieve pain and in our talking to patients, lend encouraging words to inspire their lives to new heights.

My personal thanks to the wonderful group of 27 for working so hard to make life a less difficult for the people of Guadalupe C a r n e y . My special thanks to my superb colleagues, from Pennsylvania and Vermont, Drs. Jeff Landon, John Summerville, and Tom Good (shown in that order to my left in the photo), who did amazing work with these beautiful patients. I continually feel gratitude for my dental profession and how it allows us to share our gifts with others and permits us to get close to the hearts of patients through kind treatment of their mouths.

If you are interested in volunteering but do not know where to start, please attend one of the ADI/ICD Volunteerism CE courses being given around the country and at ADA. Feel free to contact me if questions arise. You will never regret getting started in giving to others who really need it!